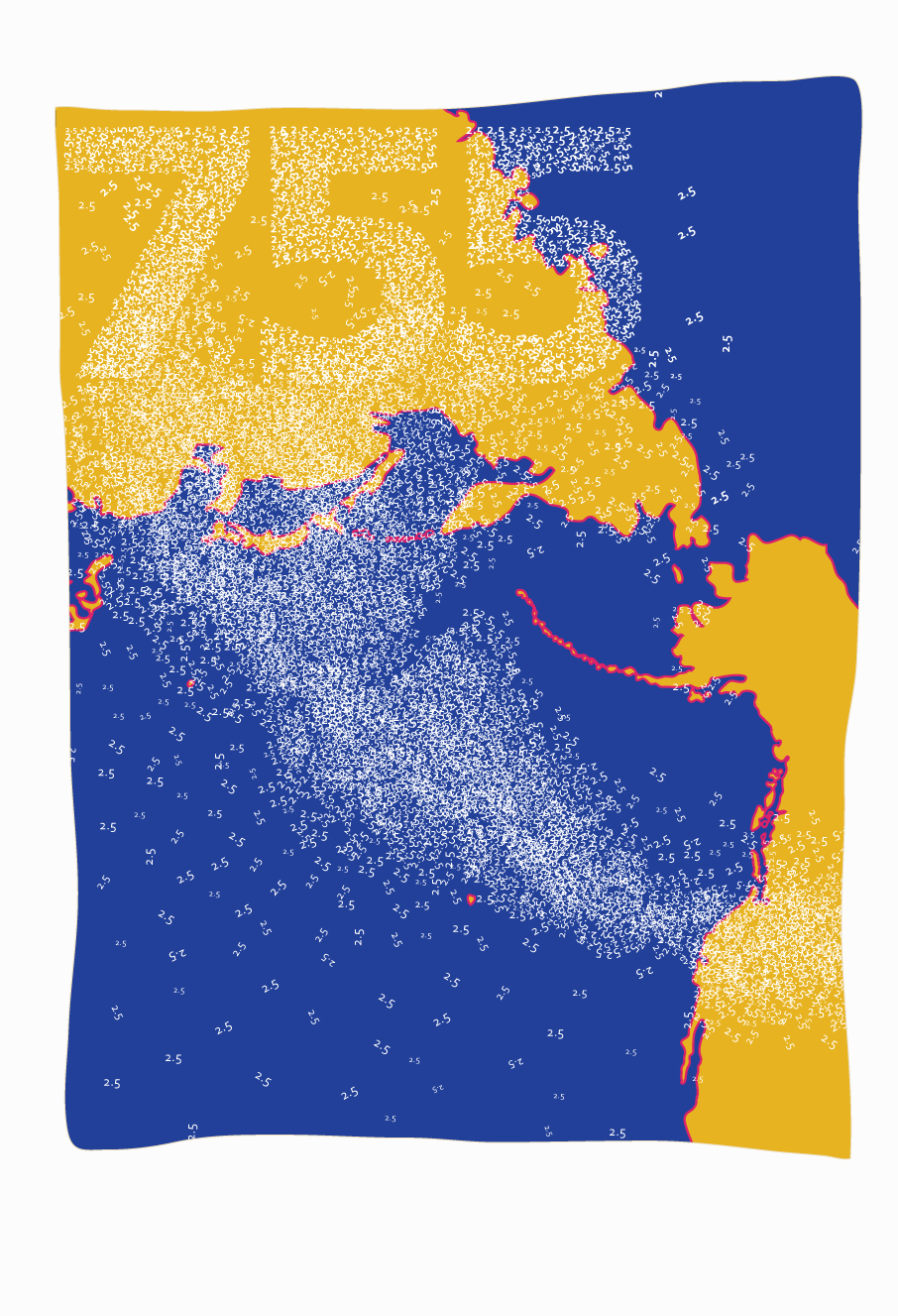 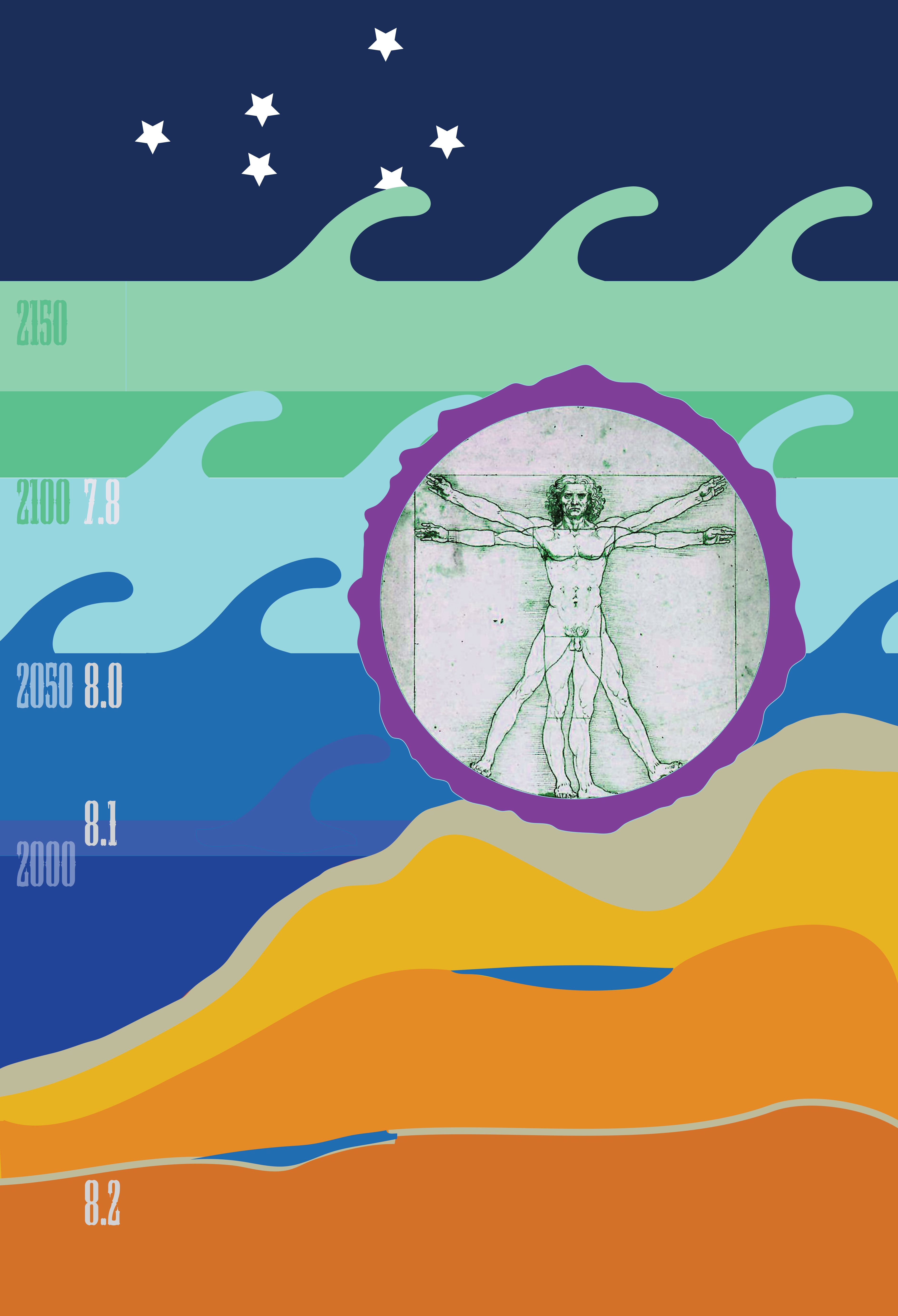 Lands Lost
​archival digital print, 9.5" x 14" | 2016
Air, Land, and Seas are irreversibly altered by global warming.
​
In January 2013, the U.S. Embassy monitored Beijing’s Air Quality Index – the reading reached an Index of 755. Fine particulates known as PM2.5 were estimated at 886 micrograms per cubic meter. PM2.5 particulates, the result of fuel combustion, are a health threat and a contributor to climate change. The standard for “good” air quality is 12 micrograms of PM2.5 per cubic meter. Above 56 is considered “unhealthy.” Global winds can push airborne materials across countries and oceans in days.

Ocean acidification is the result of CO2 concentrations in the upper layers of the ocean. These concentrations lower the pH values, making the oceans more acidic. The more acidic waters affect the calcification processes that make starfish, sea urchin, clams, oysters, and many species or coral. Before the industrial revolution, the ocean pH averaged 8.2. In 2015, it has fallen to 8.1. A turn-of-the-century prediction of 7.8 is thought to be a tipping point for ocean ecosystems.

Lands are lost to rising seas and parched earth. Both forces steal homes and livelihoods, water and food. When lands are lost, environmental migrations ensue, affecting the poorest and least powerful, threatening social justice.
Rising seas due to global warming threaten low-lying island nations and parts of countries. The islanders of the Republic of Carteret have the distinction of being the earliest climate refugees, their crops washed away or poisoned by salt water. By mid-century, a similar fate may come to parts of Bangladesh. Sea levels threaten to inundate low-lying deltas, increasing water and soil salinity, endangering crops and displacing millions. By 2100, sea level rise and storm surges will affect millions of people and billions of dollars of development along the eastern United States.
Desertification and climate change are linked, though neither is entirely the cause of the other. Desertification contributes to global warming by releasing carbon to the atmosphere through the loss of vegetation and soil. Higher temperatures increase the transfer of water from the land to the atmosphere, contributing to decreased rainfall in arid lands. These natural processes continue to build on one another.​​
Write Info@nssadc.com for artwork availability and prices.
​